The whole family went to see the film last night. We had heard from young R’s godfather in England that when he saw the show shortly after the movie opened the audience clapped at the end. I found it hard to imagine a staid British audience doing such a thing after a movie. Well, it happened again, here. Never mind what critics may bleat about the movie; audiences love it.  Younger children may tend to become a bit bored, but for all teenagers and beyond it is ideal.
Be warned, though. It is awfully confusing to someone who hasn’t seen the first one, and even then if one doesn’t realise that the film is made up of jumps in time between the original young Meryl Streep character Donna (played by Amanda Seyfried) and her now-grown-up daughter Sophie (Lily James). These two are similar enough for one at first to think it is the same person in different scenes, and later to think they are sisters or something in different places. IF one goes to see the film fully prepared for jumps from past to present and back again it will be so less confusing and more enjoyable!
The two main characters are, both of them, stunning and charming and sing really well. The scenery is beautiful, the dances are spectacular, the Abba songs remain timeless,  and the entertainment is there in great quantities.
As my first big screen movie in nearly ten years, as far as I can recall, it was definitely worth the effort of driving across to far reaches of the Berea. It almost eclipsed that moon eclipse for which we had clear skies and perfect views. Pity I lack the photographic equipment to have captured that.

All readers owe it to themselves to grab this one.

On Christmas Day last year I announced that Split Decision by Carmen Capuano was now available as a South African print in addition to the UK one. At the end of March I stir-wrongly         (I mean, rightly agitated ) that this novel be read.
Perhaps after suitable fortification!Now, those without ready access to books in South Africa or UK, and who do not wish to go the online route, can pick up their own e-book on this link. At a minimal outlay, you will have a roller-coaster ride of note…book!

Circumstances beyond control have rather ridiculously delayed the official launch of the print version, but it is available pre-launch nevertheless.

As the back cover says:

How was Natalie to know that the decision she was about to make between two dates was at a pivotal point in her life; that either choice would mark the time when childhood innocence ended?

Could she even imagine that the wrong choice would send lives spiralling into the stuff of nightmare from which it would take a miracle to emerge alive?

A cruel twist of fate forces a completely average 16-year-old into a split-second decision — one with far-reaching implications beyond her wildest imaginings. Not only will it change her future, but also her perception of trust, love, and the realities of life.

A book of intensities, of sweet discoveries and of dark revelations, that locks you in and only allows release through the last page.

I am now handling the South African end of P’kaboo Publishers, and other exciting things (lots of them) are due to happen soon.

Quests 4 Album ………. (Use arrow to play ‘blind’, or right-click and select new tab for player; then click on required track.)

The Immy Series for younger children 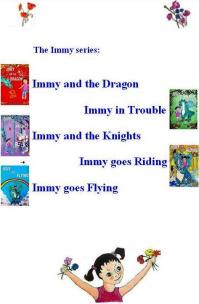